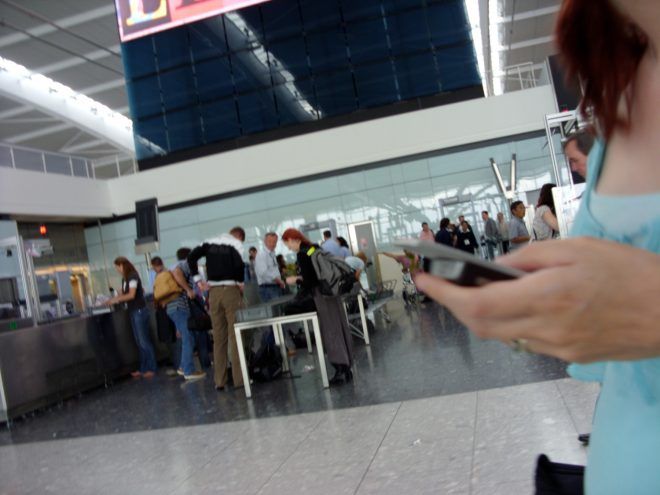 Blowtooth is a unique game where players must smuggle virtual contraband through real airport security. Of course, no actual crimes are committed - the game uses bluetooth to store a list of devices that are broadcasting during the airport check-in process. Later, players are challenged to find those same devices in the departure lounges. 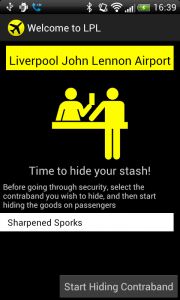 The game only works when you are in a real airport. It was developed to explore the limits of pervasive gaming in public spaces where the constant surveillance of law-abiding and innocuous behaviour has become the everyday norm.

It challenges passengers to reconsider their position and their relationship with the faceless airport security infrastructure. If you will be treated like a smuggler in the game of security, why not engage with that in your own, playful, way? It also explores airports as familiar and interchangeable "non-places" that are somehow outside of the world, culturally and legally, filled with transient population who only live there a few hours at a time.

It is part of a collection of projects, including GetLostBot, Feckr and Fearsquare that use the geolocative capabilities of mobile phones to explore unconventional kinds of interactions in real spaces. A postmortem and reflection of the projects is in the following chapter in Funology 2:

We also reported on the project at various stages: